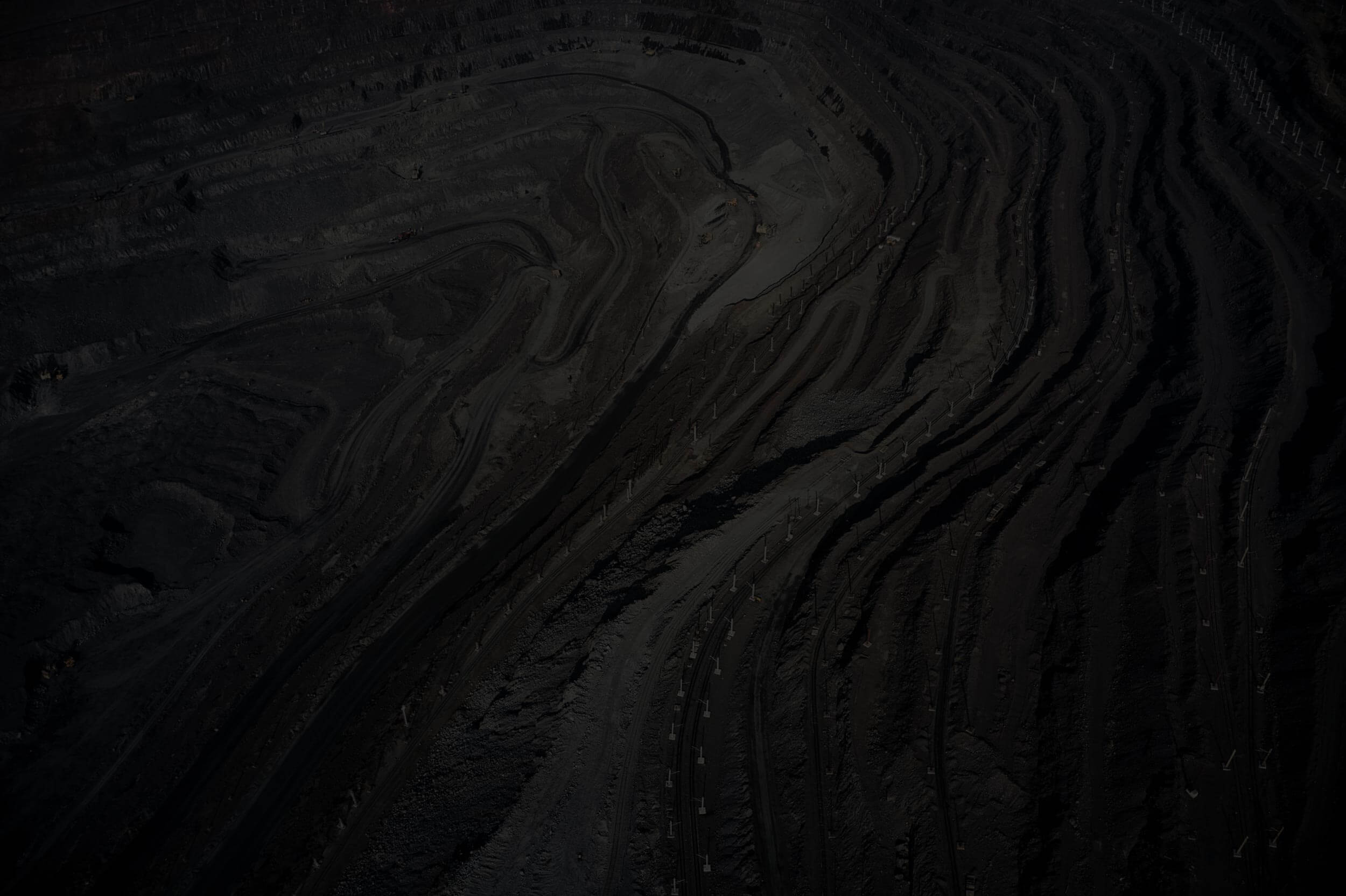 The Grasberg open pit mine is the largest gold mine and the third largest copper mine in the world. It is located in the Indonesian province of Papua. Operated by PT Freeport Indonesia, the mine employs 30,004 people and produces in excess of 600,000 tonnes of copper concentrate, with 55 tonnes of gold and 170 tonnes of silver by products each year.

There are currently more than 150 separate conveyor systems that support the open pit mining operation. With the open pit heading to be exhausted in 2017, the planned transition to fully underground production is well underway, with two massive underground mines in construction. This new phase is expected to equal or exceed current production levels.

In its transition to an underground mining operation PT Freeport sought out conveyor systems that require low ongoing maintenance. The design of the DMLZ (Deep Mill Level Zone) and GBC (Grasberg Block Cave) conveyor systems required more than 30 conveyors, ranging in length from 20 metres to 2.1 kilometres.

Maintenance underground in confined spaces is clearly more difficult and time-consuming than maintenance of the same equipment on the surface. With effective production reliant on these conveyor systems, detailed planning required some of the best engineers in the industry and the PT Freeport site maintenance engineers. 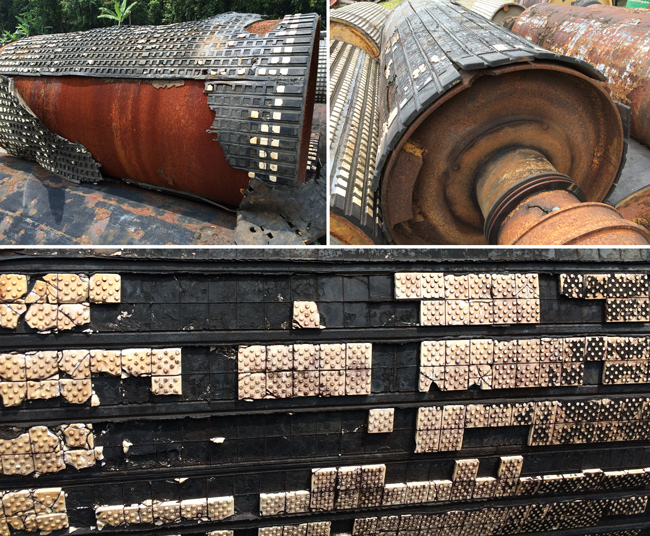 The design of some of the larger conveyor pulley systems is in excess of 30 tonnes, making removal of a pulley for relagging both time-consuming and potentially problematic. In order to obtain the necessary coefficient of friction for the large drive loadings, as well as to provide the life needed between pulley changes, the pulleys needed to be ceramic-lined. The operating conditions for the conveyors are difficult, with high rainfall (200-400mm each month) resulting in very wet conditions, leading to issues in the past with corrosion and lagging/tile adhesion.

PT Freeport considered a number of scenarios in the design phase. For example, direct-bonded ceramic lagging was rejected given the likely excess belt wear it would cause. Also, PT Freeport had previously experienced problems using traditional cold-bonded rubber-backed ceramic lagging, including:

PT Freeport approached PROK, with a brief outlining the need for a rubber-backed ceramic lagging with far better performance than what had previously been used. 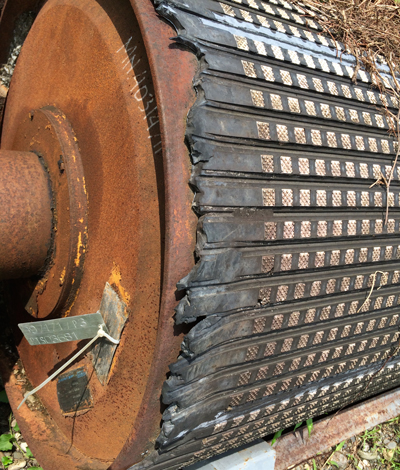 The HVCL achieves rubber-to-pulley shell adhesion levels above 20 N/mm, resulting in superior bond strength and increased durability. The improvements in the ceramic/rubber adhesion provide a 100% rubber tear bond that exceeds 6.0 Mpa and is also well suited to the region’s wet conditions, another significant factor in extending the service life of the pulleys.

Additionally the thickness of the rubber backing on the HVCL was set at 15 mm to provide sufficient flexibility in the tiles to minimise the chance of belt cover wear.

The PT Freeport engineers and maintenance staff showed great interest in the HVCL system, recognising its advantages over other pulley lagging systems, resulting in the supply of the PROK/Elastotec HVCL system for all new DMLZ/GBC ceramic lagged pulleys. The HVCL system is now standard for all new pulleys on site.

Save as PDF
GoldLagging Selection 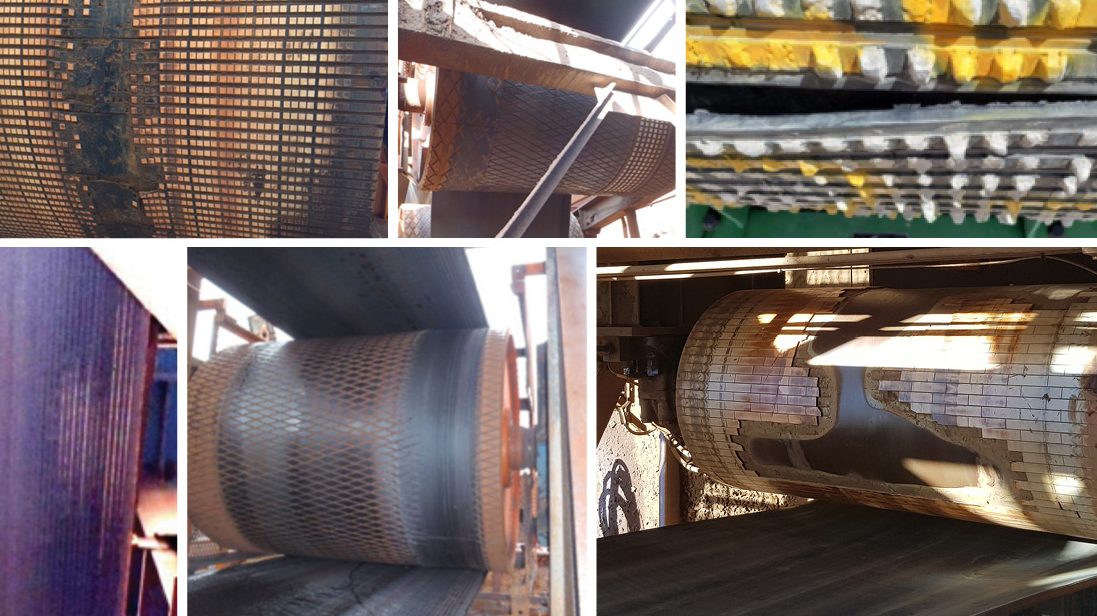 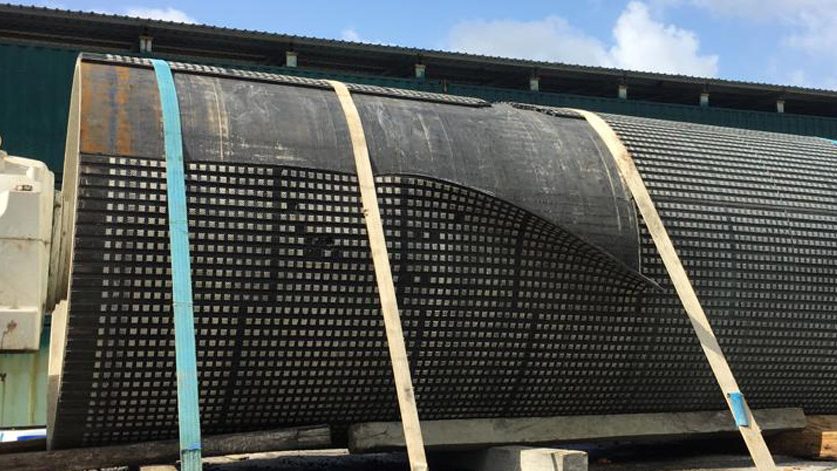